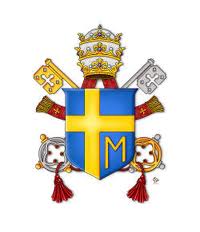 The terrorist attack as reported on 'La Stampa' 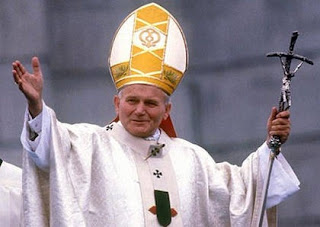 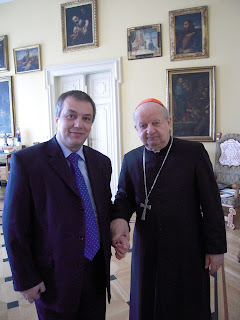 ‘Nobody thought an attempt would be made on the life of an innocent man, a man of peace and above all in .

Yes, I remember because I certainly can never forget it! It has entered my mind, my memory, my head. Above all ! What could Man have done?'  - H.E. Cardinal Stanislaw Dsiwisz 7.9.2011

More than thirty years have gone by since the attempted assasination of John Paul II. It was precisely on the 13th of May 1981 when Pope Wojtyla emerged onto for the General Audience which used to be held at five in the afternoon. The white car he was in moved slowly on a narrow path between two barricades. The Pope was standing pleased to greet the crowd which had come that day. 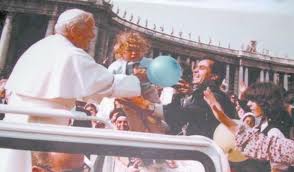 At one point he lifted a little blonde girl

He shook the hands outstreched towards him. At one point he even lifted a little blonde girl, embraced and  kissed her before giving her back to her mother. 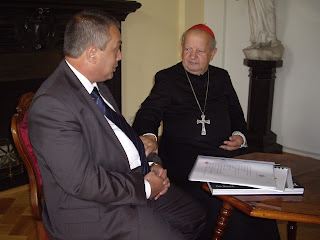 Suddenly a pistol was seen above the crowd pointed at the Pope and two shots were heard. The sound of frightened pigeons taking flight occupied the first few seconds of complete disbelief at what had just happened. 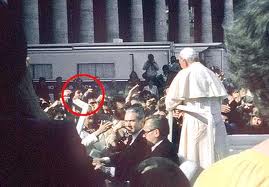 The first shot broke one of the Pope's fingers and entered his abdomen while a second shot struck his jaw and ricocheted to wound two bystanders. 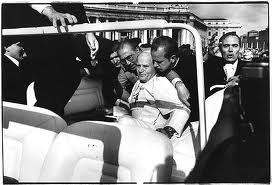 It was nineteen minutes past five of an afternoon to be recorded in the history of humanity.

‘It was impressive that he was seriously wounded. He was going to die. As he started his journey to the hospital I heard him forgive his assailant. He forgave him! And prayed for him for as long as he could because on reaching the he lost consciousness.'  - H.E. Card. Stanislaw Dsiwisz 7.9.2011

The operation lasted over five hours. The shot had damaged several of his internal organs. 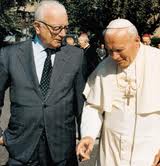 ‘He lost a lot of blood….the plan had been to kill him. There were very difficult moments during the operation. His doctor came to tell that the situation was very delicate.. his heartbeat was hardly audible. His blood pressure dropped drastically and he had bled profusely. Many many problems.’ H.E. Card. Stanislaw Dsiwisz 7.9.2011 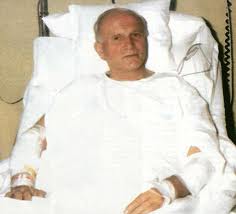 Within minutes of the attack, the would-be assassin was caught by a nun who was assisted by the crowd. He was a Turk, Ali Agca, involved with the Grey Wolves, an extreme Left terrorist group also involved in drug running.-.

Agca had already been condemned to death in his absence by a Turkish court after being found guilty of the murder of the editor of the Turkish newspaper Milliyet which two years previously had published a letter from Agca threatening to kill the Pope if he did not cancel a proposed visit to . 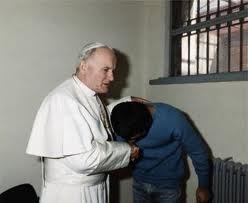 Two years later two days after Christmas 1983 John Paul II visited Agca in prison to grant forgiveness to one who had wanted to eliminate him from this earth. The two men spoke alone for a long time and it remains unknown to this day what was said.

'Because the attempt was intended to kill him. The bullet went right through his body. He was a man of mysteries…great mysteries but protected. Guarded by God an Our Lady to whom he was so devoted.

'He was saved by God through the intervention of Our Lady of Fatima as he later said.' H.E. Card. Stanislaw Dsiwisz  7.9.2011 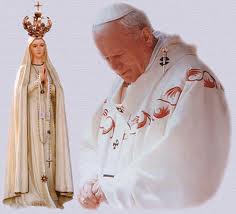 He was so devoted to Our Lady

Agca was subsequently condemned to life imprisonment by the Italian courts for having attempted to kill a foreign Head of State. In 2000 Italian President Carlo Azeglio Ciampi had granted an amnesty to Agca who was immediately extradited to where he continued to serve another prison sentence.

On two separate occasions, the frst of which five days after the attempt on his life while he was recovering at the Gemelli Hospital and reciting the Angelus broadcast to St Peter's Square, Pope John Paul II had said; "I pray for my brother who attacked me and whom I have sincerely forgiven". 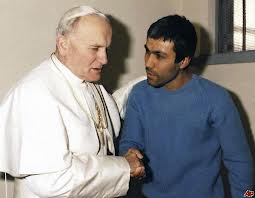 The historical meeting in Rebibbia Prison

He repeated these words of forgiveness to Agca when he visited him in Rebibbia prison in , on the 27th of December 1983. 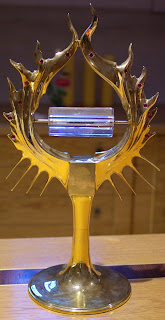 For several years investigations were carried out in order to establish who had been behind the cowardly attempt on the Pope's life. The prime suspects were the secret services of a number of Eastern European countries. 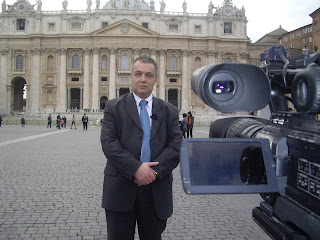