The Election of the Blessed Pope Gregory X

The Election of the Blessed Pope Gregory X 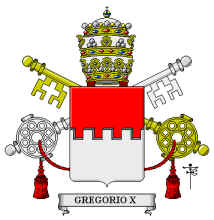 The Viterbo Affair
The longest conclave in the history of Catholicism 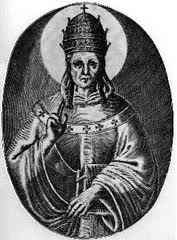 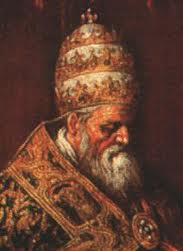 The use of the conclave in the Roman Catholic Church dates back to Honorius III, who was elected in Perugia in July 18, 1216 after the Cardinals were 'locked in' by keys by the people of Perugia to accelerate the election.

Typical is the example of Viterbo. 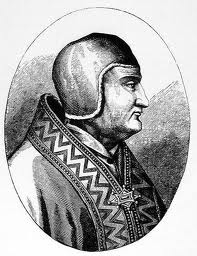 After the  death of Clement IV in November 29th, 1268, it had started what will go down as the longest conclave in the history of the Church. This event took place in the Papal Palace of Viterbo and is considered by scholars as the first conclave. At the time, Viterbo was far removed from the pressures and the plague that made Rome inhospitable. 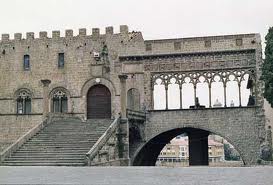 The Papal Palace in Viterbo

+ Stefan Vancza who was the first Hungarian Cardinal died on 9th July, 1270.

+ Rodolphe de Chevrieres accompanied King Louis IX of France in his crusade in Tunisia and died there on  11th August 1270.

The Cardinals were historically divided into two parties, those in favour of the French, who could count to 7 or 8 cardinals, and the pro-Germans, which were based on a dozen cardinals, two of which, however, died during the vote.

In addition to this historical division, the cardinal electors were further subdivided - for family or personal reasons - at least there were four factions opposing each other, and this made ​​it increasingly challenging for a final  agreement, moreover, considering that the election needed a two-thirds majority of the voters. 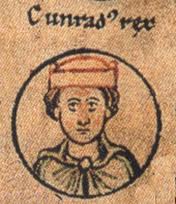 It should also be remembered that, in those days, the whole Christian world was deeply shocked by the killing of sixteen year old Conrad from the Swabian dynasty, the last heir of the house of Hohenstaufen, beheaded by Charles of Anjou in Naples October 29, 1268 with the  indifference or even -according to many school of thoughts with the support of Pope Clement IV.

In addition, another dramatic act of violence took place just in Viterbo during the Conclave. Henry of Cornwall, grandson of Henry III of England, while attending the Mass in the church of San Silvestro stop Viterbo during the long break of the funeral cortege that was bringing back in France  the remains of Louis IX who died in Tunis in the eighth crusade was brutally murdered in March 13, 1271  by his cousin Guy de Montfort then Vicar for the Tuscany of Charles of Anjou.

Several days after the death of Clement IV the members of the Sacred College assembled at Viterbo to elect a new pope.  The Cardinals went daily to the Cathedral of Viterbo to meet and vote, then returned to their residences. The tradition obliged the College of Cardinals to do the election  in the Cathedral of the city where the previous Pontiff  had died. 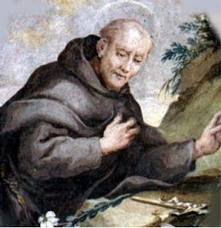 For nearly a year the vote followed without any positive outcome, as long as the Cardinals turned their attention to Filippo Benizi, Prior General of the Order of the Servants, a religious in the odor of sanctity (canonized by Clement X in 1671).

The good friar,  once informed of the intentions of the Sacred College, believing himself unworthy, fled away to a cave on Mount Amiata. Even St Bonaventure, seventh successor of St. Francis of Assisi as general of the Franciscan Order, seems to have declined sharply in his possible election.

The situation was a  total  deadlock and in Viterbo there were times present Charles of Anjou and  Philip III of France, as if to control the behaviour of the Sacred College. At this point there was, according to most historians, the important work of St Bonaventura of Bagnoregio who was a native of that land. 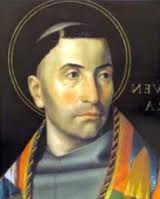 This conclave started on November 1268.  After seventeen months without an outcome, on the advice of St Bonaventura of Bagnoregio,  the citizens of Viterbo locked in the Cardinals in the Papal Palace. The Franciscan friar, with a series of sermons, called for the election of the successor of Peter and, in particular, pointed out the need that the new Pope could be chosen from outside the College of Cardinals. Still this did not land a decision. 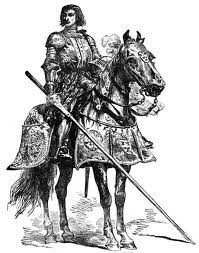 Captain Ranieri Gatti, who was even the Custodian of the Conclave,  tired of waiting and tired of keeping the cardinals assembled at the expense of the community of Viterbo, had, at first rationed the food of the Cardinals and then took the lid of the roof of the great hall where they were locked together.

Meanwhile St Bonaventura continued to flog more severely the Sacred College with his reproaches. After few more months the new situation led the Cardinals to a decision not frequent in those years: in fact they delegated a commission on  September 1,  1271, consisting of six of them, with the task of electing a new pope within two days.

It was also very surprising that the Commission delegated employed only a few hours, and on the same the same day, September 1, 1271, it designated the new Roman Pontiff in person of Teobaldo Visconti, a nobleman from Piacenza, highly respected for his kindness and honesty , which in those days was in Acre for the Ninth crusade, in the wake of Edward I of England.

The Viscount, who was not even a priest having only  minor orders,  was informed of his election to the Petrine Service  and, although he was stunned, rushed to Viterbo, where he arrived February 10, 1272. He was ordained a priest on March 13 of the same year, and then went to Rome where he was crowned Pope March 27, 1272 with the name of Gregory X. 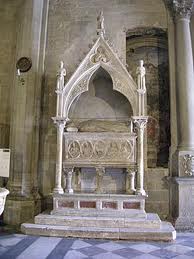 The tomb of Gregory X in Arezzo

His pontificate lasted 5 years, 4 months and 10 days. He died in Arezzo on January 10, 1276. After his death it began a series of consecutive short pontificates.

Gregory X, at the second Council of Lyons (1274) established the Apostolic Constitution 'Ubi Periculum', which Boniface VIII incorporated in the 'canon law'. This dealt and established the rules of how the pope had to be elected from there onwards. This went into force after the election of his successor Innocent V in 1976. According to Gregory X the conclave was to be held where the pope had died. 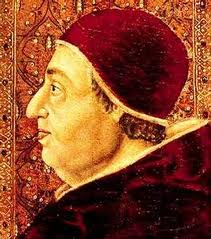 However, from Callixtus III (1455) onward the conclave was always held in Rome, in the Vatican Palace until Pius VII, who was elected in Venice in 1799.