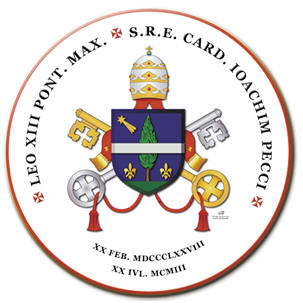 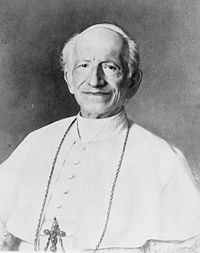 This heroic Pope, born Gioacchino Pecci, who had one of the longest pontificates in history of the Church, was born in Carpineto Laziale in 1810, where his family, originally from Siena, had moved a few centuries before.
The family belonged to the rural gentry. His father was a commissioner of war and colonel. Already in his youth Vincenzo Gioacchino Pecci distinguished himself as a gifted boy with a particular fondness for the study of the Latin language.
He studied under the guidance of the Jesuits. After earning a degree in theology in 1832 and which was completed at the University of La Sapienza, he  was ordained a priest in 1837, beginning a very distinguished curial career. He distinguished himself with great value in Benevento, in the relentless fight against banditry ...
In Perugia, where he fought the Carbonari and the liberals. In 1843 he was elected  Archbishop and went to serve the Church as  nuncio in Brussels. Appointed Bishop of Perugia in 1846, in 1853 he was created a  Cardinal,  in 1877 Camerlengo of Holy Roman Church, and finally after the death of Pope Pius IX he was elected Pope in February 1878.

The only opposition that Pecci had  met in conclave were not of a political nature ... Among his greatest opponents there were the Cardinals Randi, Monaco, Oreglia and Sacconi. His “king maker” was certainly the Cardinal Bartolini, since the time they had found themselves "neighbours" at  in the Palace Falconieri of Via Giulia, and Gioacchino Pecci  nursed Bartolini during his illness there... 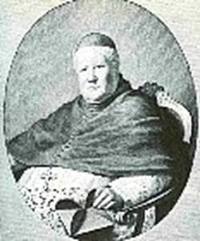 Cardinal Domenico Bartolini
After he confessed at San Giovanni Laterano, Cardinal Pecci   returned to the Vatican with all the his documents prepared for the conclave. As being approached by Cardinal Consolini, the prelate said to him: "My vote is for your eminence," and Pecci said: "Don’t you think of my poor health? The papacy is too heavy for me." Cardinal Consolini replied: "My lord, it takes a Cyrenian." Pecci went away nervously.

Aeterni Patris: The restoration of the Christian pilosophy

The Pontificate of  Leo XIII was full of prestigious measures: the encyclical Aeterni Patris in 1879 Thomism was declared as the "official"  philosophy " of the Catholic Church. The biblical studies were encouraged  and the doctrines of Vatican I were reaffirmed.
His position against socialism, liberalism and Protestantism was always firm.
He wrote eighty six encyclicals considered as very  rich sound and with timeless teachings, including the famous Rerum Novarum and formulated the foundations of the Social Doctrine of the Church.


The encyclical expresses a condemnation of socialism, the theory of the class struggle, the condemnation of freemasonry, preferring that the social question is answered by the combined action of the Church, the State, employees and employers. 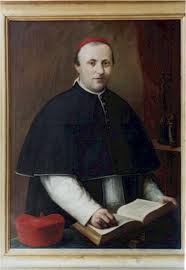 John Paul II signing Centesimus Annus
The ideas of Rerum Novarum were resumed, integrated and updated during the twentieth century through Quadragesimo Year of Pope Pius XI, Mater et Magistra of Pope John XXIII, Populorum Progressio of Pope Paul VI and Centesimus Annus of Pope John Paul II.
The Leonine pontificate took place in a very hot climate, and was faced with difficulties and attacks from all sides, the anti-Catholic persecution of Bismarck, the 'anti-clericalism of the Third French Republic,' the hostility of the  Italian government toward Catholics, etc. .. .
Leo XIII is also known for being the first Pope, after a thousand years of history, not to exercise temporal power.
In this sulphuric atmosphere,  full of evil attacks on the Church, the Holy Father was found to be involved in a shocking fact that occurred during the celebration of Mass on 13 October 1884, he heard a sort of supernatural dialogue outlining the fate of the Church during the Hundred Years from there to come.
Leo XIII heard two voices that seemed to come from near the tabernacle, a serene and gentle one, the other rather hoarse and rough.
He recognized that the gentle and kind voice  was that of our Lord and the other was of the adversary. 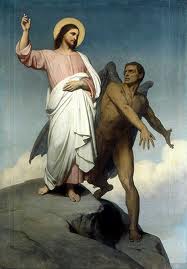 Jesus and Satan
Here is the dialogue.
The guttural voice speaking with excessive pride to Jesus.
I can destroy your Church.
The gentle voice of our Lord:
Yeah? Then go ahead, do it!
Satan
To do that I would need more time and more power.
Our Lord:
How long and how much power?
Satan:
"From 75 to 100 years and a great deal of power to all those who will be at my service. "
Our Lord:
You'll have the time and you will have this power. Give them what they want.
Such was the dismay and the sense that Leo XIII hastened to draw up a prayer to Archangel St. Michael  for the protection of the whole Church.
Jesus in His infinite Mercy had clearly wanted to warn us. 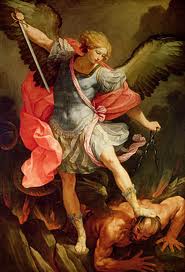 St Michael the Arcangel
“O Glorious Prince of the heavenly host, St. Michael the Archangel, defend us in the battle and in the terrible warfare that we are waging against the principalities and powers, against the rulers of this world of darkness, against the evil spirits. Come to the aid of man, whom Almighty God created immortal, made in His own image and likeness, and redeemed at a great price from the tyranny of Satan.
“Fight this day the battle of the Lord, together with the holy angels, as already thou hast fought the leader of the proud angels, Lucifer, and his apostate host, who were powerless to resist thee, nor was there place for them any longer in Heaven. That cruel, ancient serpent, who is called the devil or Satan who seduces the whole world, was cast into the abyss with his angels. Behold, this primeval enemy and slayer of men has taken courage. Transformed into an angel of light, he wanders about with all the multitude of wicked spirits, invading the earth in order to blot out the name of God and of His Christ, to seize upon, slay and cast into eternal perdition souls destined for the crown of eternal glory. This wicked dragon pours out, as a most impure flood, the venom of his malice on men of depraved mind and corrupt heart, the spirit of lying, of impiety, of blasphemy, and the pestilent breath of impurity, and of every vice and iniquity.
“These most crafty enemies have filled and inebriated with gall and bitterness the Church, the spouse of the immaculate Lamb, and have laid impious hands on her most sacred possessions. In the Holy Place itself, where the See of Holy Peter and the Chair of Truth has been set up as the light of the world, they have raised the throne of their abominable impiety, with the iniquitous design that when the Pastor has been struck, the sheep may be.
“Arise then, O invincible Prince, bring help against the attacks of the lost spirits to the people of God, and give them the victory. They venerate thee as their protector and patron; in thee holy Church glories as her defense against the malicious power of hell; to thee has God entrusted the souls of men to be established in heavenly beatitude. Oh, pray to the God of peace that He may put Satan under our feet, so far conquered that he may no longer be able to hold men in captivity and harm the Church. Offer our prayers in the sight of the Most High, so that they may quickly find mercy in the sight of the Lord; and vanquishing the dragon, the ancient serpent, who is the devil and Satan, do thou again make him captive in the abyss, that he may no longer seduce the nations. Amen.
V. Behold the Cross of the Lord; be scattered ye hostile powers.
R. The Lion of the tribe of Judah has conquered the root of David.
V. Let Thy mercies be upon us, O Lord.
R. As we have hoped in Thee.
V. O Lord, hear my prayer.
R. And let my cry come unto Thee.
Let us pray.
O God, the Father of our Lord Jesus Christ, we call upon Thy holy Name, and as supplicants, we implore Thy clemency, that by the intercession of Mary, ever Virgin Immaculate and our Mother, and of the glorious St. Michael the Archangel, Thou wouldst deign to help us against Satan and all the other unclean spirits who wander about the world for the injury of the human race and the ruin of souls. Amen.”
The Pontiff wanted this powerful prayer to be  recited at the end of each Mass, unfortunately this essential provision was rejected with the advent of the liturgical reforms of the sixties.
A few months before his death, the Pope engraved on a disc some prayers and an apostolic blessing thanks to the invention of the phonograph, the word of the Pope was able to get to Catholics all over the world.
His pontificate lasted 25 years, even if at the time of his election, he seemed to many as  looking old, tired,  and sick. The Pope was told:  Among his friends circulated a joke: "We thought we were electing a Pope, we have elected an Eternal Father." 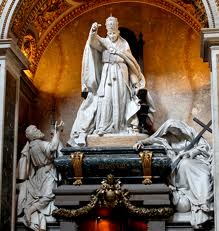