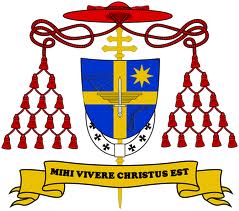 His Eminence The Lord Cardinal 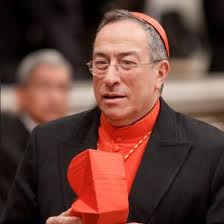 As Christians, we take the chance during Advent to renew our relationship with God as we reflect on the greatest expression of his love, that he sent his Son to be with us.

Our thoughts and prayers also turn to our brothers and sisters who don’t have enough food to eat, a roof over their heads or are trapped in an unbreakable cycle of poverty.


This coming Advent Season is an important one as it falls in the Year of Faith, which began in October. During this period, we are particularly called to be witnesses to the Word of God – to live out our faith in our actions so that all may know what we believe.


Pope Benedict XVI announced the year by urging Catholics to appreciate the gift of faith, deepen their relationship with God and strengthen their commitment to sharing their faith with others.

“The renewal of the Church is achieved through the witness offered by the lives of believers: by their very existence in the world. Christians are called to radiate the word of truth that the Lord Jesus has left us,” said the Pope.


We are all called to be evangelists: to proclaim the Gospel both by word and by action, by preaching and teaching as well as by the living witness of those committed to the work of healing the world. Whether it is feeding the hungry, building homes for those forced from theirs, giving people what they need to transform their own lives or challenging injustices that keep people poor, our acts and voices are eloquent signs of the love of God for all humanity.

Evangelism is at the heart of Caritas: We hope to change individuals and to transform the world by touching people’s minds and hearts with the liberating good news of Jesus Christ who came not to be served but to serve. When people give their time or resources to Caritas, whether it be a donor who sends a cheque, to a volunteer who spends their free time at a soup kitchen, to a community member who helps build a well, they are changing their own lives and the lives of those around them.

Advent is the season of hope, but it is easy to lose hope when we see so much suffering in the world today. With violence in Latin America, the Middle East and Africa, the impact of climate change in the Pacific and Asia, or growing poverty in Europe and North America, at times it seems as if despair has become contagious.


But hope is everywhere. We just need to recognize it.


Joska Achayo was eight when she had to flee her home in Sudan and was separated from her mother. She spent years with relatives as a refugee in Uganda. Now 25, Joska is back in her native area in South Sudan, where Caritas is giving villagers seeds and farming tools so they can grow enough to feed their families.


Sometime after her return, Joska met a woman on the road. “I asked her for help in finding my mother,” said Joska. “I didn’t recognise her. Then I realised it was my mother! We started crying tears of joy.”


And so, as we wait in joyful hope for the coming of Christ, we pray that we may be witnesses to the light of truth and justice in the world today, and that we may enable all people to flourish.


A blessed Christmas to you all,