PREPARE THE WAY OF THE LORD 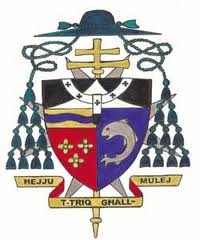 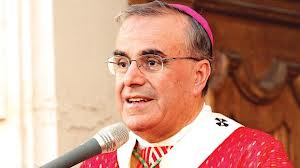 The European Union has designated 2013 as the Year of the Citizen.  The aim is for all Europeans to acknowledge their rights as European citizens, in order that, in a spirit of democracy, any decisions they may take during their lifetime will be for their benefit and that of others.  It is for this reason that I am here at MCAST, surrounded by young people who are undertaking their studies at this institution – for these are the citizens of tomorrow.

As we can see from the account of the birth of Baby Jesus – the Christmas narrative – democracy was not practiced in the days of Jesus. Baby Jesus was born at the time when a census was called by Ceasar Augustus for the land of Judah.  According to the edict of the census, all those who lived in Judah were duty bound to register their name in the city of their birth.  Joseph and Mary, who lived in Nazareth, had to travel to Bethlehem, since Joseph descended from the line of David, who hailed from Bethlehem. We all know that this caused great pains for the family, since travel at the time was an arduous task and besides, Mary was about to give birth.  In order to fulfill their duty as citizens, Mary and Joseph had to endure a lot of difficulties.

We ask ourselves: Did Joseph and Mary stand to gain anything in return for enduring so much trouble in order to fulfill their duty? It seems as if they had nothing to gain since the political situation at their time was wrought with problems.  Their land was occupied by the Romans and those who were not Roman citizens were taken advantage of since they were heavily taxed.  Like Joseph and Mary, the local people were considered to be second-class citizens who had many duties to fufill but few rights to enjoy.  This constituted a great injustice, so much so, that the Jews who lived at the time of Jesus were eager to be freed from Roman rule.  There were those who thought that Jesus would liberate them from the domination of Rome.  Indeed, Jesus lived in a very undemocratic environment and the people’s rights were not respected.

Democracy depends upon a balance between rights and duties.  In the absence of this balance, there is bound to be suffering, because the citizens would not be afforded a fair deal.  One’s citizenship should ensure that one does not suffer. Citizens should be safeguarded from any form of injustice that causes suffering.   If, in spite of the fact that you are a citizen, you are suffering, by being deprived from access to education and health services, or you endure some form of injustice, then your citizenship is not worth much.

Thank God, in our country and in Europe, the situation is not so, because we enjoy democracy.  In our case, it could well be that the citizens expect too much from their country, or from the European Union, without contributing enough towards the strengthening of democracy which seeks the common good.

Leaders should do their utmost to ensure that any benefits emanating from their country and the European Union are available to one and all, and that nobody is marginalized for any reason whatsoever.  Any form of discrimination should be abolished.  In an ideal situation, every citizen will have enough of everything in order that people can uphold the dignity they possess, which is inherent as children of God, and redeemed by Jesus Christ.  By taking on a human form, Jesus elevated the dignity of mankind and in so doing, he communicated a message which demands due attention.  God showed preference towards the marginalized; when the birth of Jesus was announced, it was the shepherds – those who lay on the periferies of society - who first received this news.

For their part, all citizens are to offer their contribution in order that society can achieve its objective in sharing the common good among all citizens.  Jesus taught us how to do this: his principal message to us is to love one another and serve one another in concrete ways.  He gave us a prime example by becoming human and by giving up his life for us.  The good citizen is the one who does not only look after his own interests in such a way that he is always on the look-out for what benefits he can gain from the State; he is to ensure that others enjoy these benefits also.  Even more so, if he realizes that his fellow-citizens are not being treated with dignity, then he should stand up for them.  Besides fulfilling his duty, the good citizen looks after his country and contributes towards its livelihood by paying taxes justly and offering voluntary service for the benefit of others.

I encourage the youths present, and all the people of Malta and Gozo to be good citizens.  One of the duties of the Christian is to be a good citizen.  I urge you, first and foremost to be good Christians.  I am convinced that if you are good Christians, it follows that you will be good citizens, since the Gospel presents to us those values which we need in order to form part of society and create a democratic environment where the rights of all citizens will be safe-guarded.

I wish you all a Happy Christmas and New Year, and I impart upon you my blessings.