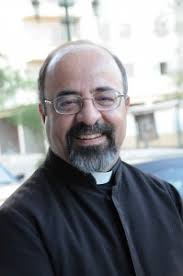 Vatican City, 18 January 2013 (VIS) – The Synod of Bishops of the Coptic Catholic Church meeting in Cairo, Egypt, from 12 – 16 January, having consulted the Holy Father, accepted the resignation from office presented by His Beatitude Antonios Naguib, Patriarch of Alexandria of the Copts, in accordance with canon 126 para. 2 of the Code of Canons of the Eastern Churches

On 15 January, the same synod canonically elected His Beatitude Ibrahim Isaac Sidrak as Patriarch of Alexandria of the Copts and the Holy Father granted the "Ecclesiastica Communio" requested of him by His Beatitude in accordance with canon 76 para. 2 of the Code of Canons of the Eastern Churches. Born in 1955 in Beni Shiqeir in the Eparchy of Asyut, Egypt, ordained to the priesthood in 1980, and ordained to the episcopate in 2002, the patriarch-elect was previously bishop of Minya (Ermopoli Maggiore: Minieh, Coptic), Egypt.