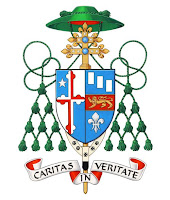 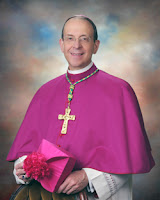 “He had a way of bringing to bear the richness of the Church’s tradition on all of our contemporary questions. He had a way of weaving together Scripture understood as a totality, together with patristic and liturgical sources. And in that way he let the tradition of our Church speak full-throated to the modern world while at the same time writing in a way that people could understand and grasp. I never cease to marvel at the riches that the Holy Father brought forth from his spiritual and intellectual storehouse.”

In a statement released earlier this week, Archbishop Lori described Pope Benedict as “a profound and loving teacher of the faith, a courageous defender of human rights and dignity, and a man of prayer, humility, and wisdom,” and thanked the Holy Father for his leadership of the Church over the past eight years. He also requested the prayers of “all the faithful of the Archdiocese of Baltimore, and all women and men of good will for Pope Benedict as he concludes his long and loving service to the Church. I also ask prayers for the Church herself as preparations are made for the election of Pope Benedict’s successor.”