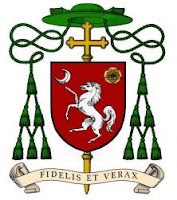 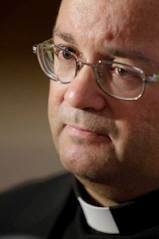 “Pope Benedict XVI will certainly be remembered for his extraordinary reply and response to the very sad phenomenon of sexual abuse of minors by the clergy.

He was very active during the Pontificate of Blessed John Paul II, with the Congregation of the Motu Proprio Sacramentorum Santitatis Tutela, a universal law of the Church which gave very precise and detailed procedure on how to respond to sexual abuse of minors. He also revised this law in 2010 making procedures more flexible and assuring an adequate response.

In his letter to the Church in Ireland in 2010, in his pastoral visits to the United States, to Malta, to Australia and the United Kingdom he met and showed great compassion to the victims of abuse. His words will remain with us as a clear sign of the determination of the Church to respond adequately to abuse and also to safeguard the innocence of our children and young people”.
Posted by Unknown at 10:03