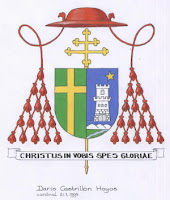 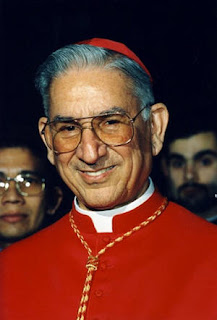 Cardinal Castrillón knows Joseph Ratzinger from many years ago. When he was still a cardinal, the two lived in the same building on Piazza Citta Leonina, not far from the Vatican. Afterward, as Pope, they worked together on the Commission Ecclesia Dei, the group in charge of bringing the traditionalist lefebvrians back into full communion with the Catholic Church. A task that remains pending.

“It was a terrible contrast, an unexpected blow. None of us, the cardinals, there was about 20 or 25 of us at the consistory and it surprised all of us. Very few knew about it.

Personally, I had heard him say one day, and not because of challenges as Pope, but the challenges of one certain priest, 'I personally think that I would retire to a monastery to have some time to reflect and to pray.'

“He was generous enough to see the bishops involved in this matter at Castel Gandolfo. The Holy Father has followed, step by step, I would say with a love for Christ, and the Church. The problem that the bishops of the Society of Saint Pius X had was the ordination of bishops without the Pope's permission, without a pontifical mandate. That was the only cause for excommunication. Another matter was cause for suspension. He analyzed this with much confidence, coldness within the Commission Ecclesia Dei, and we looked at this issue, and the Pope did not doubt for one second, as Pope, for the love of the Church, to open his arms towards reconciliation.”