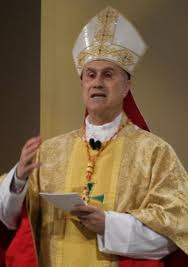 Cardinal Tarcisio Bertone, the Vatican Secretary of State, has reportedly overruled objections by Archbishop Gerhard Müller, the prefect of the Congregation for the Doctrine of the Faith, and confirmed a policy barring theologians from teaching at a Peruvian university that has lost its Vatican accreditation.
After a meeting in Rome that Vatican-watchers describe as contentious, Cardinal Bertone is said to have ruled that Lima’s Cardinal Juan Luis Cipriani acted properly when he removed permission for theologians to teach at the institution formerly known as the Pontifical Catholic University of Peru (PUCP). After years of conflict with administrators at the university, who had refused to accept guidelines from the Holy See, the Vatican announced last July that PUCP could no longer identify itself as a “Catholic” or “Pontifical” university.
However, when theology professors appealed Cardinal Cipriani’s decision, Archbishop Müller wrote to the Peruvian prelate, questioning his action. PUCP officials had claimed Archbishop Müller’s intervention as a victory. Cardinal Bertone's intervention, if it has been accurately reported, vindicates the Cardinal Cipriani's decision.
Posted by Unknown at 12:16