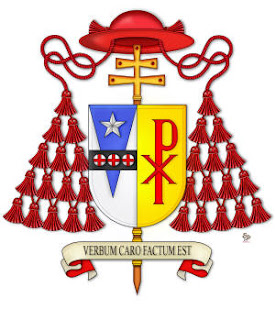 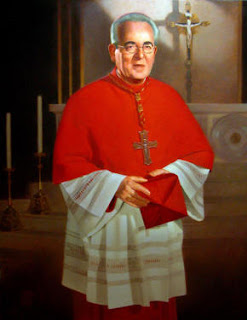 "It is very typical of his humility and of his clear thinking and his reasoning ... After the election of Pope Benedict, the cardinals went up one by one, and we were from all over the world, and here cardinals went up to express their obedience to the pope and to express their faith, their act of faith. And we each knelt before the pope for a moment, and as I was getting up, he floored me. He absolutely floored me. With everything going on – he had just been elected pope 30-40 minutes ahead of time – and he had the presence of mind, which he has maintained so magnificently during his whole pontificate, his mental presence is tremendous. He said to me as I was getting up, one of 113 I think we were at that time, 'Cardinal,' he says to me, 'Happy Birthday.' He happened to be elected on my birthday."
Posted by Unknown at 19:41