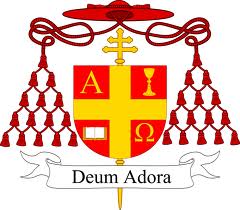 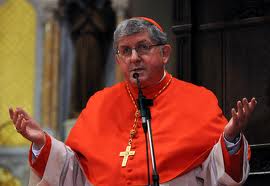 TORONTO (11 February 2013) – With the announcement that the Holy Father, Pope Benedict XVI, will resign from the papacy effective February 28, 2013, Thomas Cardinal Collins, Archbishop of Toronto, expressed gratitude for the Holy Father’s dedicated years of service to the global church:

Since his election in 2005, Pope Benedict has led the universal church with wisdom and holiness, offering to all the clear and loving message of the Gospel, and offering to each of us as well  the personal example of a devoted disciple of Jesus exercising the mission of the Apostle Peter as a true servant of the servants of God. This is a time in which we all give thanks to God for the apostolic ministry of Pope Benedict. During this time of transition, we pray for his health and well-being as he enters a time of prayerful retirement.  We also offer our prayers, in a special way, for the Cardinals of the world, who will gather in Rome in the coming weeks to choose the next successor to St. Peter.”

Pope Benedict XVI will officially resign his role as the Pope of more than 1 billion Catholics around the world at 8 p.m. on February 28, 2013. The Cardinals of the world will gather in the days that follow to meet and pray before those eligible to vote will enter the conclave, where they will remain until a successor has been named.

The Archdiocese of Toronto is Canada’s largest diocese, encompassing 42 municipalities stretching from Toronto north to Georgian Bay and from Oshawa to Mississauga. It is home to 1.8 million Catholics and 225 churches, with Mass celebrated in more than 30 different languages each week.