"THE FAMILY IS "GOOD NEWS" 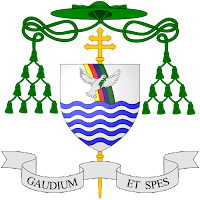 THE FAMILY IS "GOOD NEWS" 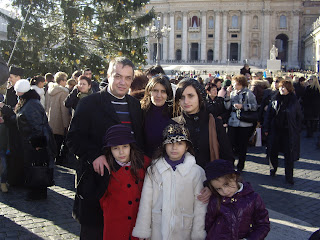 Vatican City, 4 February 2013 (VIS) – This morning in the Press Office of the Holy See, Archbishop Vincenzo Paglia, president of the Pontifical Council for the Family presented the details of the conference "From Milan to Philadelphia: Perspectives of the Pontifical Council for the Family", which analysed the results of the 7th World Meeting of Families that took place in Milan in May of last year. Also participating in the press conference were married couple Francesca Dossi and Alfonso Colzani, directors of the Archdiocese of Milan's Service for Families.
The archbishop noted that that event "showed the vital force that families represent in the Church and in society itself. … Of course, there are many problems related to marriage and the family, but we must not forget … that the family continues to be the fundamental 'resource' of our society. … The statistics are unanimous in pointing out that the family is the first place of safety, refuge, and support for life and remains at the top of the vast majority of young person's wishes. In Italy, for example, around 80% of young people say that they prefer marriage (whether it be civil or religious) and only 20% would choose co-habitation. … In France, surveys indicate that 77% want to build their family life, staying with the same person throughout their lives. … On the other hand, the need for family is inscribed on the human heart, since God tells us 'It is not good for the man to be alone'."
"This profound truth, which marks human life so radically, seems to take a beating from counter culture. … There is an escalation in the race to individualism that is breaking up the family as well as other forms of society. That is why the breakdown of the family is the first problem of contemporary society … It is true that much of contemporary Western History has been conceived as a liberation from every bond: from ties to others and thus the family, from any responsibility toward the other. It is also true that bonds have, sometimes, oppressed individuality. But today, the vertigo of solitude with its cult of 'me', free from any attachment … and the disorientation caused by globalization further accentuate our becoming locked within ourselves and the temptation of self-absorption."
"The Church," he continued, "is concerned … with the current crisis in marriage and the family, because she is aware that both are a Gospel, a good news for men and women today who are often alone, lacking love, parenting, and support. … The Church, an 'expert in humanity' knows well … the high price of the fragility of the family, which is paid mainly by the children (born and unborn), by the elderly, and by the ill. … At times in various historical periods there have been transformations, even profound ones, in the institution of the family. But it has never abandoned its 'genome', its deep dimension, that is, its being as an institution formed by a man, a woman, and children. That is why a careful cultural reflection and an even more vigorous defence of the family is urgent, so that it might be placed?and quickly?at the centre of politics, the economy, and culture, in the different countries as well as in the different international organizations, even involving believers of other religious traditions and all persons of good will."
"The Pontifical Council for the Family feels the urgency to help from within as well as from outside the confines of the Church in order to rediscovery the value of the Family. ...There is great work to be done on the cultural level: working to restore value to a culture of the family so that it might x once more become attractive to and relevant for life itself and for society. … Taking care of a family does not mean restricting oneself to a segment of life or of society. Today it means widening horizons beyond oneself and deciding to participate in the building of a society that is familial, even of embracing the 'family' of peoples and nations."
The prelate concluded by pointing out the initiatives that the pontifical council will launch throughout this year up to the next World Meeting of Families in Philadelphia, including the presentation of the Charter of Rights of the Family?which that dicastery has developed over thirty years?at the sites of the United Nations in New York and Geneva, and the European Parliament. In April, a series of seminars entitled "Dialogues for the Family" will begin, in which experts in different fields will address issues concerning the main challenges related to marriage and the family. In Rome, at the end of June, an international congress of Catholic lawyers will take place, focusing on the rights of the family. Finally, in October, the plenary assembly of the pontifical council will look at the Charter of the Rights of the Family. On the 26th and 27th of that month, for the Year of Faith, there will be a pilgrimage of families to the tomb of St. Peter.
Source: V.I. S. - Vatican Information Service - www.visnews.org
Posted by Unknown at 15:50