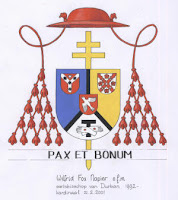 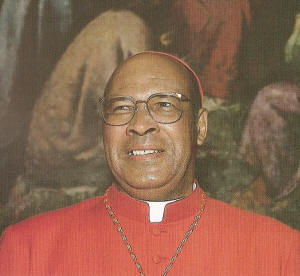 "When he answered the question, on the day he was elected, 'what name do you take?', he gave us in very short sentences the layout of what he was going to set out to do. He chose the name Benedict because the previous Pope Benedict had been elected just when World War I was beginning, and he spent all of his pontificate working for reconciliation among the nations. And I think Benedict XVI has certainly done that in his time both within the Church and outside the Church. He has certainly worked for reconciliation. The second he said was that Pope St. Benedict in the time that he lived, the Roman Empire collapsed, the Church was in disarray, the Church was very weak, and St. Benedict was the instrument of God to renew the Church and rebuild the Church and renew the Faith. And I think that is what Pope Benedict has done. He's really gone out of his way to renew the Faith – the Year of Faith is an example of it, the different books, the encyclicals he has written – all working in that direction. And finally ... to make Jesus the center of everything in the life of the Church and the life of the Christian.
Posted by Unknown at 19:17