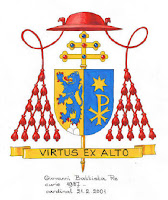 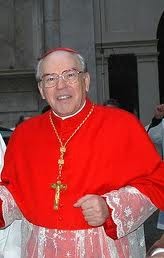 As both the Dean of the College of Cardinals, His Eminence Cardinal Angelo Sodano and his Vice-Dean, Cardinal Roger Etchegaray, are past the eligibility age to vote under the norms currently in place, the duty of presiding over the Conclave would seem to fall to the senior cardinal-bishop younger than 80: the retired prefect of the Congregation for Bishops Giovanni Battista Re, who turned 79 in late January. He is the Cardinal- Bishop of the Suburbicarian Church of Sabina-Poggio Mirteto.
Posted by Unknown at 11:58