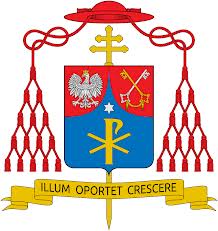 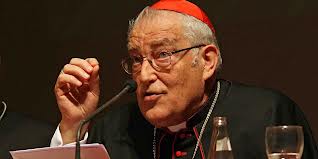 Cardinal Zenon Grocholewski  is a Polish Cardinal of the Roman Catholic Church, who was elevated to the cardinalate in 2001. He currently serves as Prefect of the Congregation for Catholic Education and Grand Chancellor of the Pontifical Gregorian University.
Being an author of numerous publications in different languages, His Eminence has been frequently invited to speak and to give talks at national and international conferences and conventions, held in various countries around the world. He is also connected with a number of Canon Law associations, and with the editorial boards of some academic reviews and journals.
Among the many honors received by Zenon Cardinal Grocholewski are: 18 honorary Doctorates; the Grand Medal of San Gorazdo of the Ministry of Education of Slovakia (2000); the Grand Cross of the Order of Merit (Chile) (2003); the Grand Cross of Merit with Star and Sash of the Order of Merit of the Federal Republic of Germany (2005); the Commander’s Cross with Star of the Order of Polonia Restituta (2009); Commander of l’Ordre des Palmes académiques of the Ministry of Education of the Republic of France (2009).